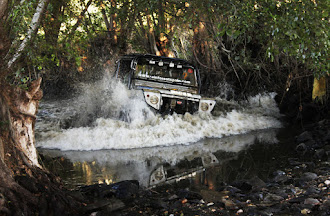 Having finished third overall and first of Land Rover based teams, "The Challenger II" was picked for the cover of the Italian Land Rover magazine. Inside, the even report of the 2012 Rainforest Challenge Spain-Portugal is the main feature of this issue, illustrated with a few more photos of Challenger 4x4 team.

Paul Bass, driver and owner of Challenger 4x4, and Paul Cook, co-driver, took third step of the podium on this international off-road challenge back in September, with a brand new vehicle built in only two weeks. "The Challenger II", as this new challenge Defender is known, is a testimony of Challenger 4x4's capability to deliver competitive and reliable fabrications and builds in a short period of time. 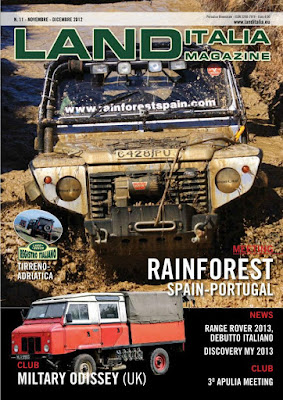 The entire build process took place right here, at Challenger 4x4's facilities in Tongham, Surrey, from the tube body/roll-cage to the portal axles with brake disk conversion. The vehicle went from our workshop straight to Portugal, with not even a test drive. And no test drive was needed. It behaved beautifully, with absolutely no problems at all, not even after a huge end over end roll over. The only thing that fell off was a strop and the team finished the stage in nine of the twenty minutes allowed, the second fastest time and one of only three teams to actually finish that particular stage.


The portal axles, a fairly common conversion at Challenger 4x4, were actually one of the elements that contributed the most for the team's success in this international event. While everyone else had their diffs locked in combat with the rocks and deep mud, Bass and Cook were having no such issues. 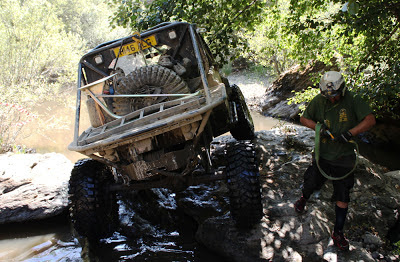 At Challenger 4x4 we completely rebuild and convert portal axles to disk brakes and also, if the costumer wishes so, fit them with proper mounts for hydraulic steering.